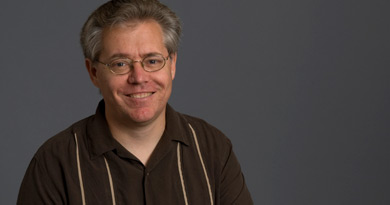 Stephen heads research, methodology, and data analytics at ERS. He is also passionate about special education reform and has written numerous commentaries and blogs on the topic. He is currently leading a multi-year effort with the Georgia DOE to help them refine a strategy for district support in the area of resource allocation and is also heading compensation reform projects in two GA districts. He has advised on numerous reports and commissions related to resource allocation or efforts to measure cost efficiency of education spending. He is the coauthor with ERS founder Karen Miles of The Strategic School, Corwin Press, 2009. Recent publications include: “A Strategic Spending Review of Syracuse City School District,” 2011; “Time and Attention in Urban High Schools,” 2010; and “District Spending in Small and Large High Schools,” 2008. He also writes blogs and commentaries that have appeared in EdWeek and elsewhere.

Since joining ERS, Stephen has led or co-led projects in Atlanta, Baltimore, Chicago, Los Angeles, Washington D.C., Rochester, Syracuse, and elsewhere. And he is or has been on the board of numerous national education research projects for the Department of Education, the State of Texas, and other organizations.

Prior to coming to ERS, Stephen was a management consultant at Bain & Company in Dallas. He has also taught education and public policy classes for institutions including the Broad Institute, New Leaders for New Schools, Brigham Young University, and Duke University’s Terry Sanford Institute of Public Policy. He is a recipient of the Jacob Javits, James B. Duke and Robert S. Fulbright Fellowships.

Outside of his work, Stephen reads and reviews fantasy literature. He has been the chief blogger at fantasyliterature.com, and is currently an aspiring fantasy novelist. “Many people make up their own reality,” he says about his passion. “But where most of them are merely talented hobbyists, I’m training to go pro.” When Stephen is not spending time with his family, he likes to play guitar and to take long walks and short jogs in his neighborhood in Murphy, Texas.

Want to talk to someone directly?

Send us an email at: contact@erstrategies.org

Don't have an account yet? Don't worry, it's free. And an ERS account allows you to engage more deeply with our work. Thanks for your interest!