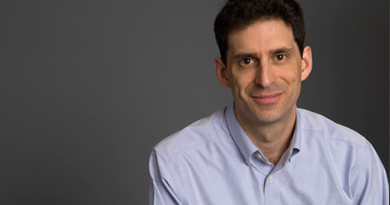 Jonathan leads the consulting practice area at ERS and works with districts to analyze and improve resource use across systems. Currently, Jonathan leads the ERS teams working with Denver, Charlotte, and Washington, DC. This work includes examining each district’s funding strategy, mapping current resource use, and advising on how to reallocate to support specific district goals. In Denver and Charlotte, it’s also meant building capacity around school design and the effective use of resources at the school level. Prior work includes a partnership with Atlanta Public schools to build an innovative Teacher Effectiveness Dashboard now in use across the system, and the support of Charlotte’s Strategic Staffing Initiative that is turning around many of its lowest performing schools. He has also managed or supported projects in Jacksonville, Sacramento, Philadelphia, Boston, Oakland, Los Angeles and Rochester.

Previously, Jonathan was Vice-President of Finance and Administration at Teach For America (TFA), where he was responsible for the organization’s overall financial health and all resource allocation processes. He helped TFA more than double in size over five years while simultaneously strengthening its financial position and making substantial programmatic improvements. As budget director of the D.C. Public Schools, Jonathan oversaw a $1 billion operating budget and led the development and implementation of the Weighted Student Formula, a school-based budgeting system designed to equitably and strategically allocate resources to schools. He was also an analyst at the U.S. Office of Management and Budget where he had responsibility for the budget development and management of a portfolio of federal education programs. Jonathan began his career as an elementary school teacher in Compton, CA through TFA.

Outside of work, Jonathan has already hooked his two young sons on a cappella music and Boston sports teams, and now eagerly awaits the day they conclude independently that traditional baseball statistics like batting average are wildly imperfect measures of player performance.

Vice-President of Finance and Administration
Teach For America

Want to talk to someone directly?

Send us an email at: contact@erstrategies.org

Don't have an account yet? Don't worry, it's free. And an ERS account allows you to engage more deeply with our work. Thanks for your interest!